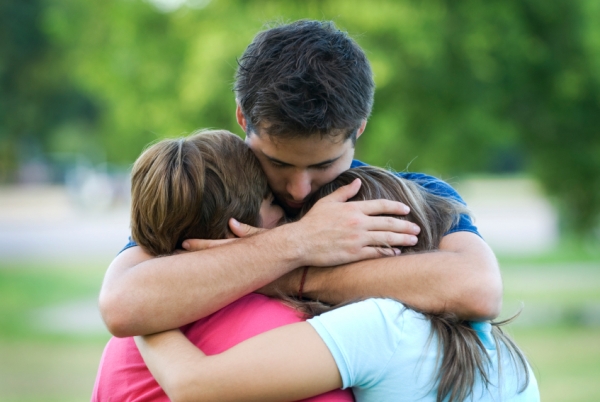 As a child, my parents could do no wrong. As an adolescent, my parents could do no right. Now, as a parent myself, I finally understand why a primary metaphor for the complicated and changing relationship between God and humans is that of parent and child.
Harakhaman hu y’varekh et avi mori v’et imi morati.
Merciful One, bless my father, my teacher; and my mother, my teacher.

Meditation:
Thank you for the traits you have modeled, for showing me that love can overcome obstacles, for sharing celebration and pain, for teaching me about fragility and strength.

Ritual:
If you are a child, call your parents with a blessing as your message. If you are a parent, experience accepting the blessings your children give you, however they are expressed.
Blessing:
Harakhaman hu y’varekh et avi mori v’et imi morati.
Merciful One, May You bless my father, my teacher; and my mother, my teacher; who have made a home for me.
May we all be blessed as You blessed my grandparents and great-grandparents: in every possible way. That is how we wished to be blessed, everyone together, a complete blessing. Amen.
Teaching:
The hearts of the parents will be turned toward the children, and the hearts of the children will be turned toward the parents.
(Malachi 3:24)
My child, heed the discipline of your father, and do not forget the TorahThe Five Books of Moses, and the foundation of all of Jewish life and lore. The Torah is considered the heart and soul of the Jewish people, and study of the Torah is a high mitzvah. The Torah itself a scroll that is hand lettered on parchment, elaborately dressed and decorated, and stored in a decorative ark. It is chanted aloud on Mondays, Thursdays, and Shabbat, according to a yearly cycle. Sometimes "Torah" is used as a colloquial term for Jewish learning and narrative in general. of your mother, for they are a graceful wreath on your head, a necklace around your throat.
(Proverbs 1:8–9)
Blessed are You our God, God of our Mothers and Fathers: God of AbrahamAbraham is the first patriarch and the father of the Jewish people. He is the husband of Sarah and the father of Isaac and Ishmael. God's covenant - that we will be a great people and inherit the land of Israel - begins with Abraham and is marked by his circumcision, the first in Jewish history. His Hebrew name is Avraham., God of IsaacAbraham and Sarah's much-longed-for son and the second Jewish patriarch. Isaac is nearly sacrificed by his father at God's command (Genesis 22). He is married to Rebecca and is the father of Esau and Jacob. His Hebrew name is Yitzchak., God of JacobLit. heel Jacob is the third patriarch, son of Isaac and Rebecca, and father to the twelve tribes of Israel. More than any of the other patriarchs, Jacob wrestles with God and evolves from a deceitful, deal-making young man to a mature, faithful partner to God. His Hebrew name is Yaakov., God of SarahThe first matriarch, wife of Abraham, and mother of Isaac, whom she birthed at the age of 90. Sarah, in Rabbinic tradition, is considered holy, beautiful, and hospitable. Many prayers, particularly the Amidah (the central silent prayer), refer to God as Magen Avraham – protector of Abraham. Many Jews now add: pokehd or ezrat Sarah – guardian or helper of Sarah., God of RebeccaThe second Jewish matriarch, Isaac's wife, and mother to Jacob and Esau. Rebecca is an active parent, talking to God when she is pregnant and learning the fate of her children, then ultimately manipulating Isaac and the children to ensure Jacob's ascendancy. Her Hebrew name is Rivka., God of RachelLavan's younger daughter and Jacob's beloved wife second wife (after he is initially tricked into marrying her older sister, Leah). Rachel grieves throughout her life that she is barren while Leah is so fertile. Ultimately, Rachel gives birth to Joseph and dies in childbirth with Benjamin. Rachel is remembered as compassionate (she is said to still weep for her children), and infertile women often invoke Rachel as a kind of intercessor and visit her tomb on the road to Bethlehem., and God of LeahThe third of the Jewish matriarchs, Lead is the eldest of Lavan's daughters and one of the wives of Jacob. She is the daughter whom Lavan tricks Jacob into marrying instead of his younger daughter Rachel, whom Jacob has requested to marry. Leah is mother to six of the the twelve tribes and to one daughter, Dinah., who recalls the blessing of our parents.
(Adapted from the AmidahLit. Standing One of the central prayers of the Jewish prayer service, recited silently while standing.) 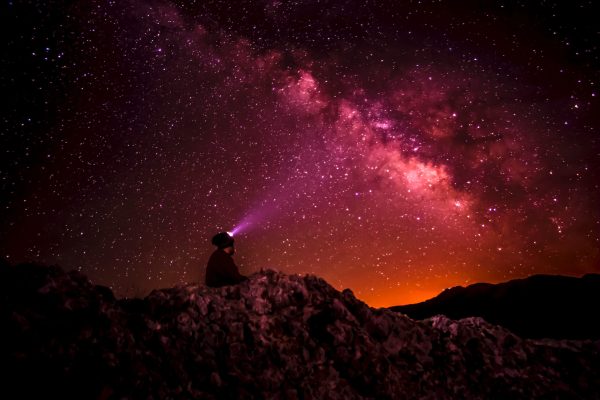 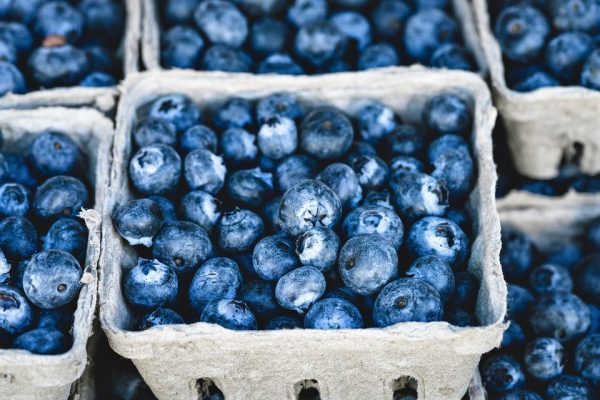 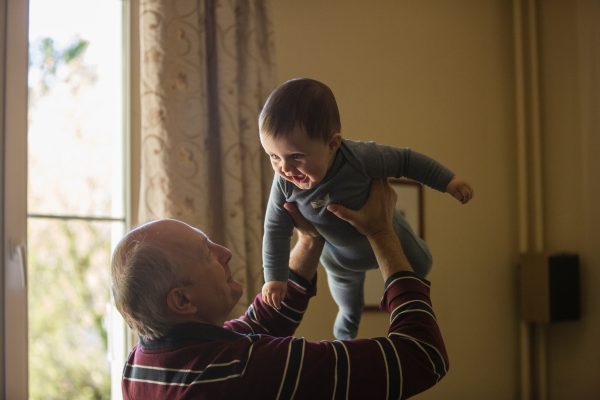