A Tree of Memory

An old man [in ancient Israel] was planting a fig tree, when a Roman general happened to pass by. The general says to the man, “Don’t you realize it will take twenty years before that tree will grow enough to give fruit, and you will be long dead by then?” The old man responded, “When I was a small child, I could eat fruit because those who came before me had planted trees. Am I not obliged to do the same for the next generation?”*

The family and I stand around a freshly dug hole in their backyard. I remind them that a short while ago, we also stood at the side of another dirt hole. At that time, they, and not strangers, took spadefuls of dirt and place earth on top of a coffin to pay an honor to someone who was very special in their lives. I then tell them the above MidrashA rabbinic method of interpreting text, often through the telling of stories. tale of the old man planting a fig tree. I again request that they take up spadefuls of dirt and place them around the base of a newly planted tree. As the ritual at the graveside involving a shovel of dirt signifies an ending to the physical life, the shovelful of dirt for the tree signifies the beginning of life through the gift of memory and the telling of stories.

The genesis for the ritual of planting a tree in the memory of a loved one is not new. The Jewish National Fund has linked its tree planting program and the revitalization of the forests in IsraelLit. ''the one who struggles with God.'' Israel means many things. It is first used with reference to Jacob, whose name is changed to Israel (Genesis 32:29), the one who struggles with God. Jacob's children, the Jewish people, become B'nai Israel, the children of Israel. The name also refers to the land of Israel and the State of Israel. with the honoring of individuals. Many synagogues have ‘trees of life’ with engraved leaves acknowledging the names of present and past congregants, and their families. And trees have been dedicated to HolocaustThe genocide of millions of European Jews--as well as other ethnic, religious and minority groups--by the Nazis during World War II. The tragic events of the Holocaust are now commemorated each year on Yom HaShoah; established in 1952 by the Israeli government. Shoah (calamity) has become the term used to describe the systemic mass slaughter that occurred during World War II. victims, righteous gentiles and many others. Our tradition embraces the tree as an important image of wisdom and life. We have the tree of knowledge in the Garden of Eden and the TorahThe Five Books of Moses, and the foundation of all of Jewish life and lore. The Torah is considered the heart and soul of the Jewish people, and study of the Torah is a high mitzvah. The Torah itself a scroll that is hand lettered on parchment, elaborately dressed and decorated, and stored in a decorative ark. It is chanted aloud on Mondays, Thursdays, and Shabbat, according to a yearly cycle. Sometimes "Torah" is used as a colloquial term for Jewish learning and narrative in general. itself is called a tree of life. Moreover, we have many parables, stores and Midrashim dealing with trees.

Accordingly, I find it natural to use a tree planting ceremony to fill a void felt after the intensity of the funeral and the shivahSeven-day mourning period following the funeral of a first-degree relative, during which time family members remain at home and receive visits of comfort. Other customs include abstinence from bathing and sex, covering mirrors, sitting lower than other visitors, and the lighting of a special memorial candle which burns for seven days. (first period of mourning). There is often a tremendous psychological letdown for the family when the people have left and the services at the home have stopped. Several years ago, I offered to a family, the idea of planting a tree in their backyard to honor a father who had recently died. That suggestion was greeted favorably, when I related the idea of a new ritual to the above cited MidrashA rabbinic method of interpreting text, often through the telling of stories., of the old man planting the fig tree. I have now performed the tree planting ritual for several years, and have found that it has become so well received that it is often requested by families who have heard about it from others in the community.

The ritual surrounding the planting of the tree usually involves the story of the man planting the tree. Then those present are asked to tell a story or to share some particular value of the one who died–one that they believe will provide a continual sense of sustenance and nourishment. Family members are then asked to put dirt around the new tree. A fruit tree is usually planted because it symbolizes continual nourishment by the fruit it bears. After the tree is planted and watered, the KaddishThe Aramaic memorial prayer for the dead. Mourners recite this prayer at every service, every day, in the presence of a minyan (prayer quorum) over the course of a year (for a parent) or thirty days (for a sibling or offspring). The prayer actually makes no mention of the dead, but rather prays for the sanctification and magnification of God's name. is recited. “Oseh Shalom.” is sung. Participants often hold hands or just look at the tree in silent remembrance before leaving.

For some families, the tree ritual has been performed to mark the end of the SheloshimLit. Thirty The first thirty days after someone dies. This is an intermediate stage of mourning -- less intense than then initial week of shiva, but more intense than the remainder of the first year. It is customary not to shave or cut one's hair and not to attend social gatherings, parties, concerts etc during this time. (mourning). For others, it has been timed with another family occasion when the family has come together from distant parts. For those with no place to plant a tree, or who live in an apartment, trees can be planted at the synagogue, in a near-by park, or at the home of a relative.

This tree planting ritual has provided a sense of closure for many, and an opportunity for personal reflection which they were not ready to impart in the public forum of the funeral.

For a daughter who had suffered a particularly difficult time with her father buried a piece of paper listing the many issues she had not resolved with him. The ritual was a symbolic gesture of puffing to rest many painful issues, in that way, a new relationship could blossom through her memory, and she could appreciate his strengths and see him as a positive contribution to her life.

At another tree planting ceremony, a son shared that he was too angry to think positively of his mother. As he planted the tree, he remarked that the tree would produce two kinds of apples – delicious apples and rotten ones that would have to be discarded. He then expressed his intent to work through and discard memories of his mother that were painful, so that he could see and appreciate the affirming recollections.

There have been several situations where families have asked me to not only do a ritual for a recent bereavement, but also for other members of the family who had died previously. For them, it became a concrete statement that the memories of loved ones, who had died in the past, were still a part of their lives. In many cases, the tree planting became a convenient and effective vehicle for teaching children about grandparents. It is not unusual for families to say that the tree planted is now “Grandpa’s tree,” and its fruit would be referred to as “Grandpa’s apple.” This connection to a tree in the yard has allowed a living presence, so that parents can more easily tell stories about loved ones.

The planting of a tree can also connected us to God as the Creator. It reminds us that we are partners with God in the ongoing act of creation. As God planted the first trees, we also plant and nurture trees. As God has given each of us the ability to remember, the presence of a tree dedicated to memory, serves as nourishment for us and for our children.

* Based on the MidrashA rabbinic method of interpreting text, often through the telling of stories.: Honi, the Circle Maker. 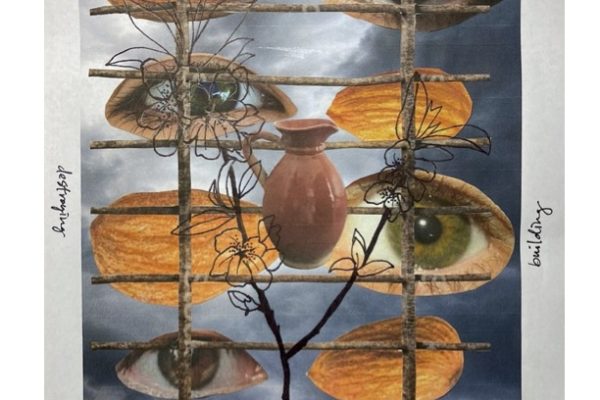 From Destruction to Restoration for Tisha B’Av 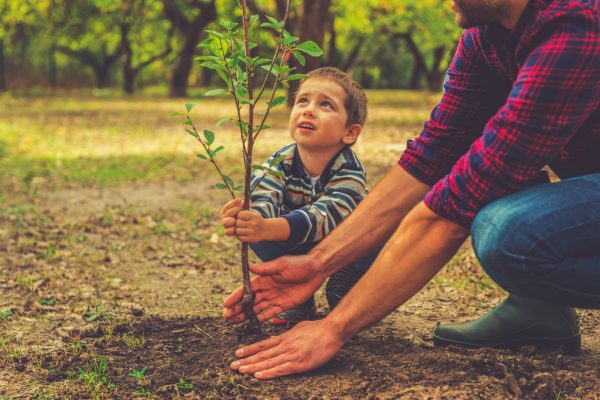 Every Tree Was Once a Seed

Meditation on the Divine in Nature