Prayer at the Funeral of Someone Who Died by Suicide 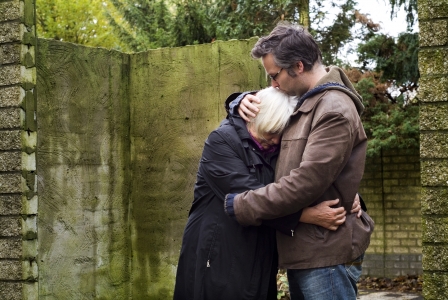 “What am I supposed to say?”

Unfortunately, there are times in the life of the clergy when we are called upon to officiate at the funeral of someone who died of suicide. Frequently, such as when drugs are involved, the situation can be devastatingly confusing because sometimes no one knows — nor will ever know — whether the death was deliberate.

As a rabbi I feel there is an additional difficulty because Judaism adamantly opposes suicide. In a tradition that commands us to “choose life” (Deuteronomy 30:19), the Jewish sages rejected suicide as an option for pain. Jewish law even holds we do not eulogize a suicide because the deceased should not be held up as a model to emulate.

However, family and community need comfort. A eulogy doesn’t have to be about praising the dead. Instead, we come together to carry one small fraction of people’s pain, however little our help may be. The task of anyone who cares is simply to be there and accompany the family and friends in this nightmare. We should speak at the funeral to try to meet a myriad of needs: to name and demystify the cause of death out loud and clearly, to acknowledge that all such deaths are by a kind of coercion (whether through addiction or depression), to state the truth that pain may feel like it is forever but it is transient, to validate a spectrum of difficult feelings, to reach out to others who are hurting and thinking about doing the same, and to getA writ of divorce. Traditionally, only a man can grant his wife a get. Liberal Jews have amended this tradition, making divorce more egalitarian. through each day of grief.

No prayers are adequate. In truth, there are no words for such a situation. And so we — clergy, friends, and loved ones — usually think, “What am I supposed to say?” Because there is no such prayer in my prayer book for this situation, I composed the following out of desperation. After all, prayers are the words we say when we have no words.

Anyone using this prayer should of course use their own sensitive, good judgment in adapting it to be appropriate for each particular situation. I hope what follows is helpful.

Prayer at the Funeral of Someone Who Died by Suicide

Let there be no whispering, no secrets here:
Our hearts are broken.
_____ took his/her own life.
And even though it might appear
that s/he died by his/her own hand,
no one does this without great, coercing pain,
inner suffering that seems to have no end,
even though we wish
s/he knew that no agony is forever.

Source of compassion, help us to cry out loud,
to hold each other gently,
to live with unanswerable questions,
normal feelings of anger and guilt,
and this gaping hole of loss.
Help us to reach out to others who are suffering,
to show them our love, to say the kind word,
and that this is not a choice we condone
or is worth imitation.
It is hard to see the divine image in the lives of those who suffer.

The sun sets and rises.
We put one foot in front of the other.
We hold our hearts in our hands.
We lift them up to You, God of eternal peace,
and to each other.
Help us live each day.

Originally published at the Huffington Post Religion Blog on July 22, 2013. We have edited the original language of “committed suicide” to the more compassionate “died by suicide.” 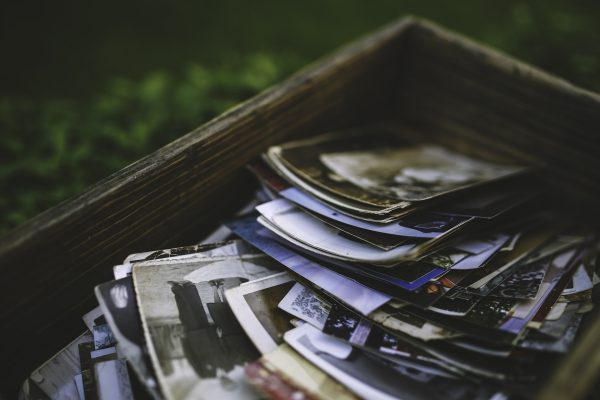 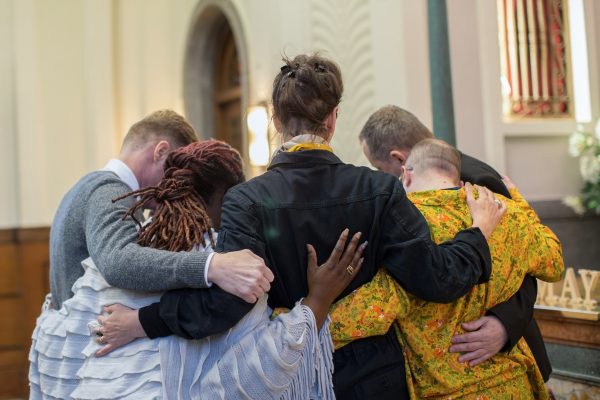 For Those Left Behind After a Suicide