Menu
PrevPreviousChag HaBanot: The Festival of the Daughters
NextOne for Each Night: A Chanukah Study Guide for a Brighter FutureNext

Every year since we have had children we try to getA writ of divorce. Traditionally, only a man can grant his wife a get. Liberal Jews have amended this tradition, making divorce more egalitarian. Chanukah right. If we buy only a few gifts for each child, we will not be overwhelmed with stuff and our home will not be overflowing with toys we don’t need. Right? Wrong! Our children are blessed with three sets of grandparents, each of whom send only a few things and willy-nilly we have enough toys to make a small nation of children happy. Worse yet, after the children’s initial excitement at opening the gifts, the toys are usually relegated to a shelf where they sit, unused and unloved, in perpetuity.

Gifts are not traditionally part of Chanukah festivities. Rather, gelt, a small amount of money, was given – in Chanukahs past my grandparents gave me silver dollars. However, faced with the all-encompassing nature of Christmas, it is difficult for most parents to exclude gift-giving from their Chanukah celebrations. And, in moderation, gifts are not a bad thing. At the ripe age of over-40, I still love the pleasure of opening a wrapped box just for me.

How to determine moderation is still a work in progress. But these are our thoughts thus far. First, I send an email a month before Chanukah asking the grandparents to confine themselves to one gift each. If I know what a child really wants, I might suggest it to them.

Then we designate nights for each night of Chanukah. They have varied from year to year but include:

Obviously, there is room to do lots more here. Each year before Chanukah I draw up a list of which night will be what and post it on the refrigerator, so everyone knows what to expect.

Since most gifts have a very short life span, another idea is to give gifts with a shelf-life:

While Chanukah has become a children’s holiday, there is plenty to celebrate for adults too. In addition to lighting candles, cooking latkes and enjoying the company of friends, consider incorporating some of the new rituals on ritualwell in your Chanukah celebration – Chag Habanot, the seventh night of Chanukah, is traditionally a women’s holiday (it falls out on Rosh ChodeshThe new moon, which marks the beginning of the Jewish month. According to tradition, because women did not participate in the sin of the golden calf, they were given the holiday of Rosh Chodesh. It is customary for women not to work on Rosh Chodesh.) when it was customary for women to give gifts and tell the stories of valiant Jewish women (see also The Peaceful Maccabee.)

For adults, there are many ways to give meaningful gifts. Personal blessings can be written and offered to friends and family. Cooking a great meal is always a treat. Once, I came across some Emily Post type column which suggested that in this era of material abundance, giving someone something that they really didn’t want which would clutter up their already-crowded home was no gift at all. The article advised giving gifts that could be consumed – wine, food, candles, etc. One year, I bought my mother a subscription to a wine of the month club. Each month a bottle of red and white wine was delivered to her door. Another couple I met gives each other gifts of enlightenment for Chanukah – candles, oil, enlightening books, etc.

I still don’t feel like we have completely solved the materialism problem – after all, we live in a culture besotted with “things” – but each night when there are no gifts, and we cook, or sing or read together, and watch our candles burn down, I feel that we have leveraged Judaism against our materialist culture rather than letting Judaism become another vehicle for materialism.

For I Am Still Sitting 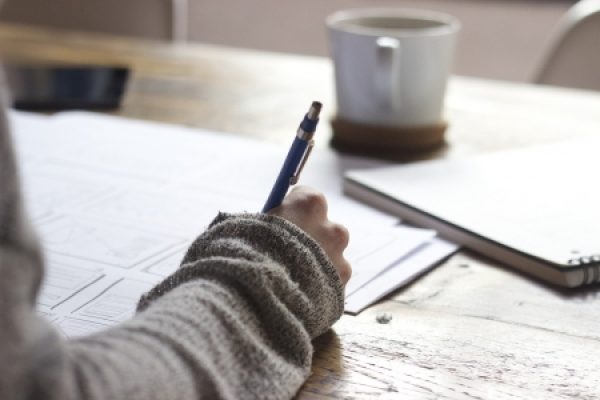 A Ritual to Prepare for the Yizkor of Yom Kippur

Creating a Shushan Palace Atmosphere for your Shushan Feast