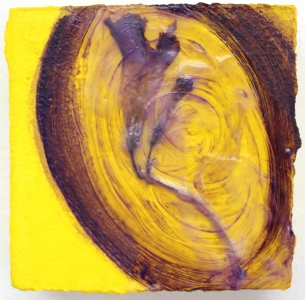 I invite you to reflect on this idea for a moment, which is how I arrived at this poem. Imagine you have a racist, classist, corrupt ruler who is willing to sacrifice children to serve his diabolical ends. (This does not require much of a stretch of the imagination, I am aware.) Now imagine that this ruler instructs you to murder the children of the immigrant, enslaved working-class he feels threatened by.

We must imagine that some, most, or all of Pharaoh’s subjects did as they were told. When I was writing this poem, I tried to put myself in the mindset of one of these Exodus-era Egyptian citizens.

As I was studying to inform the poem, I came across some scholarship that posited that MosesThe quintessential Jewish leader who spoke face to face with God, unlike any other prophet, and who freed the people from Egypt, led them through the desert for forty years, and received the Torah on Mt. Sinai. His Hebrew name is Moshe. may have been just one of many Hebrew babies thrown into the Nile in a basket; that this may have been the preferred method by which the Egyptians disposed of these babies per Pharaoh’s decree. I could not help but imagine the aftermath of such an atrocity, and that became the central image of this poem.

As we count the OmerFrom the second day of Passover until Shavuot, Jews count seven weeks – seven times seven days – to commemorate the period between the Exodus from Egypt and the Revelation at Sinai. When the Temple stood, a certain measure (omer) of barley was offered on the altar each day; today, we merely count out the days., I chose this piece to represent bonding and commitment of compassion (Yesod she’b’Tiferet) because, for me, there is a moment of reckoning in this poem, and it is not an end, but a beginning. When the speaker of the poem (a woman, as I imagined her) sees the loss on the faces of the mothers whose babies were thrown into the river, a kind of wall comes down within her. When she stops thinking in terms of rulers and decrees and national and class divides and instead realizes that the “other” is human, she knows she was terribly wrong in following Pharoah’s orders, and she begins to change. This is a moment in which one mother—even in her darkest hour—feels bonded to other mothers, and this serves as the first step in the Egyptian woman’s nascent commitment to compassion.

When I heard the decree, I said nothing.
Who were the Hebrews to me, anyway?
Little more than beasts in the fields.
But when I walked along the river
littered with tiny, unmoving baskets,
when I saw the women’s faces
as I passed them in the street,
I knew.

There is no such thing as other people’s children.