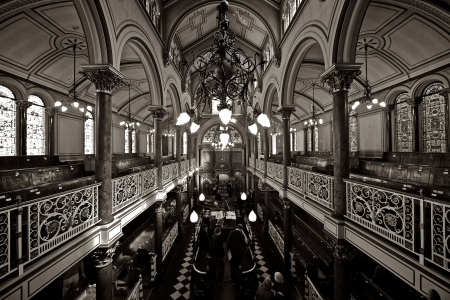 In memoriam: HazzanLit. Cantor. The one who leads the chanting of prayers. Leopold Edelstein, Z”L

Before we heard tears ascend
as melody,
before he ever entered our sanctuary
clad in white,
he survived
when fear crushed reason

It was the Head of the Year
our sanctuary full, walls   unfolded
like arms open    a congregation
faced forward or heads buzzed to neighbors,

He inhaled, then in motion
began slowly, chanting: Hineni
Here I Am
ready as AbrahamAbraham is the first patriarch and the father of the Jewish people. He is the husband of Sarah and the father of Isaac and Ishmael. God's covenant - that we will be a great people and inherit the land of Israel - begins with Abraham and is marked by his circumcision, the first in Jewish history. His Hebrew name is Avraham. to sacrifice
as MosesThe quintessential Jewish leader who spoke face to face with God, unlike any other prophet, and who freed the people from Egypt, led them through the desert for forty years, and received the Torah on Mt. Sinai. His Hebrew name is Moshe. to serve

Toward the holy ark
he ascended East,
one voice
pleading

for prayers to be pleasing

sincere hearts cleansed
as though sin had never been

* Leopold Edelstein (1909–1985) was our prayer leader, teacher and founding choir director at Beth Emeth Congregation in NE Philly during the 1950s. Born in Czechoslovakia, a classically trained musician and composer, I recall HazzanLit. Cantor. The one who leads the chanting of prayers. Edelstein’s expressive voice and theatrical flair when I was just 10 years old, the first person I met whose life had been brutally marked by the HolocaustThe genocide of millions of European Jews--as well as other ethnic, religious and minority groups--by the Nazis during World War II. The tragic events of the Holocaust are now commemorated each year on Yom HaShoah; established in 1952 by the Israeli government. Shoah (calamity) has become the term used to describe the systemic mass slaughter that occurred during World War II.. His prosthetic hand told of horror, yet his joy awoke in me a love for Jewish music that continues to nourish my life.

“Hineni” (“Here I am”), known as the Cantor’s prayer, is central in the High Holiday service. It is a practical plea to release congregants from any responsibility for their leader’s errors. The Hebrew word expresses both a physical and spiritual presence, a readiness to change. It was the word spoken by MosesThe quintessential Jewish leader who spoke face to face with God, unlike any other prophet, and who freed the people from Egypt, led them through the desert for forty years, and received the Torah on Mt. Sinai. His Hebrew name is Moshe. upon seeing a bush burning, though not consumed by fire.