Blessings for Morning and Afternoon Coffee 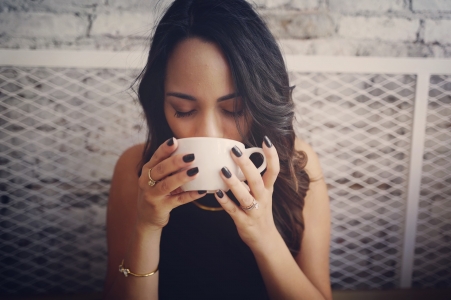 You grace humankind with knowledge, and teach people understanding.

Praised are You, Adonai, our God, Sovereign of universe, who rouses the world and its inhabitants in mercy.

Take the cup in two hands to feel its warmth. While looking at the coffee in the cup, inhale the aroma deeply and recite the first line in an undertone as a meditation (kavannahLit. Intention Refers both to one’s intention when performing a mitzvah or when focusing for prayer. Kavanah also refers to specific readings to help focus one's attention prior to performing an act.). Then in full voice recite the blessing, chanting the final word, b’rakhamim, with special emphasis (similar to the manner that Kohanim emphasize the word b’ahavah at the end of the blessing before the Priestly Benediction.) Take the first sip with an audible slurp, swishing the coffee inside the mouth, around the tongue and cheeks before swallowing.

The main ritual purpose of the audible slurp is to ensure that all five senses are engaged in the ritual. A secondary function is to heighten the intentionality of the act, to better enable a feeling of gratitude to emerge from savoring the first sip. Slurping and swishing enhance the initial taste of the coffee: Slurping, by aerating the coffee; swishing, by bringing it into contact with different taste receptors in different parts of the mouth. (This method is used by professional coffee tasters.)

The Ha-me’ir prayer emphasizes gratitude for the gift of morning coffee to start one’s day. The prayer calls attention to the mercifulness of a Creator whose universe would include such a thing as coffee as in it. (Just imagine mornings in a world without coffee). The initial meditation points to the remarkable creativity of humankind, who somehow gained the knowledge to transform a raw gift of nature into the drink itself. In this sense, the blessing is akin to blessings over wine and bread, which also celebrate the culture/nature duality in human experience. Although this celebrates human creativity, the meditation does not deify humankind but acknowledges a deeper Source that endows our species with these creative faculties. The meditation also points to and anticipates the afternoon/evening prayer.

There is a kri/ktiv play on words. The traditional prayer’s me’ir, written with an aleph, means “to illuminate.” This should be read as me`ir, pronounced with an ayin, which means “to rouse.” The ktiv’s aleph also points to the meditation / afternoon prayer, which speaks of wisdom and understanding (i.e., illumination in the metaphorical sense).

For Afternoon or Evening Coffee

Praised are You, Adonai, our God, Sovereign of universe, who graces humankind with knowledge but teaches us to understand.

The afternoon and evening Ha-honein prayer invokes coffee’s association with the rise of the kabbalistic tikkun hatzot tradition of all-night study and the role of the coffeehouse as a center for the intellectual ferment of Jewish modernity. Those reciting the prayer thanking God for the wisdom of da’at (knowledge) and binah (understanding) can ponder how each word refers to the mystical and rationalist traditions. This prayer is recited in the afternoon and evening, when coffee typically used to enhance focus, concentration and mental acuity.

For those wishing to add a kavannahLit. Intention Refers both to one’s intention when performing a mitzvah or when focusing for prayer. Kavanah also refers to specific readings to help focus one's attention prior to performing an act. for ethical consumption of coffee, a commodity whose global supply chain renders much of the production work invisible to the consumer, please see Rabbanit Dasi Fruchter’s “Ethical Consumption Kavannah” on Ritualwell.org: https://www.ritualwell.org/ritual/ethical-consumption-kavannah.

For an English-language prayer that overflows with gratitude for specific and often overlooked aspects of coffee consumption, see Adena Kirstein’s “In Praise of Coffee,” https://adenathecoffeequeen.wordpress.com/2018/07/25/in-praise-of-coffee/.

On coffee and the kabbalists, see Elliot Horowitz, “Coffee, coffeehouses, and the nocturnal rituals of early modern Jewry,” AJS Review 14.1 (1989): 17–46.

On coffee and gratitude, see A.J. Jacobs, Thanks a Thousand: A Gratitude Journey, TEDBooks, 2018.

With special thanks to my teachers Gilah Kletenik, who suggested Ha-honein in response to my initial suggestion of Ha-me’ir, and whose rationale for this informs much of what I wrote above, to SarahThe first matriarch, wife of Abraham, and mother of Isaac, whom she birthed at the age of 90. Sarah, in Rabbinic tradition, is considered holy, beautiful, and hospitable. Many prayers, particularly the Amidah (the central silent prayer), refer to God as Magen Avraham – protector of Abraham. Many Jews now add: pokehd or ezrat Sarah – guardian or helper of Sarah. Bunin Benor, who introduced to me to Rabbanit Fruchter’s “Ethical Consumpton KavannahLit. Intention Refers both to one’s intention when performing a mitzvah or when focusing for prayer. Kavanah also refers to specific readings to help focus one's attention prior to performing an act.,” and to A. J. Jacob’s beautiful book on coffee and gratitude. Thanks also to all who offered insights in response to queries I posted on the topic in online forums. The Hebrew text for the prayers was copied and pasted from Sefaria.org. 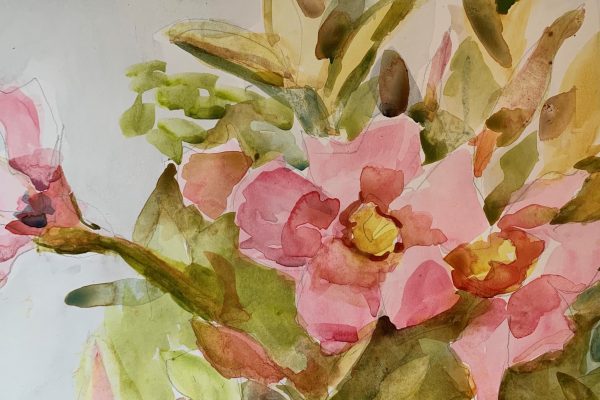 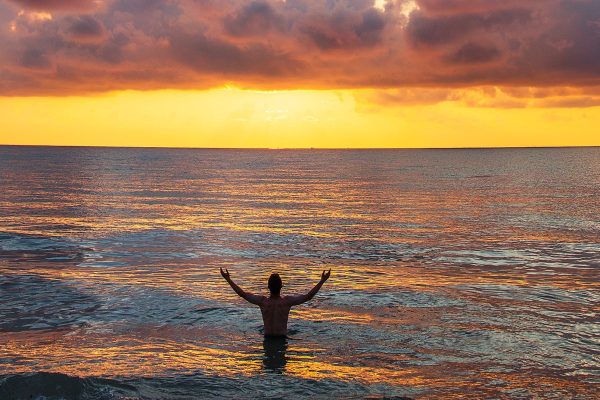