Just as AbrahamAbraham is the first patriarch and the father of the Jewish people. He is the husband of Sarah and the father of Isaac and Ishmael. God's covenant - that we will be a great people and inherit the land of Israel - begins with Abraham and is marked by his circumcision, the first in Jewish history. His Hebrew name is Avraham. and SarahThe first matriarch, wife of Abraham, and mother of Isaac, whom she birthed at the age of 90. Sarah, in Rabbinic tradition, is considered holy, beautiful, and hospitable. Many prayers, particularly the Amidah (the central silent prayer), refer to God as Magen Avraham – protector of Abraham. Many Jews now add: pokehd or ezrat Sarah – guardian or helper of Sarah. rejoiced at the weaning of their son IsaacAbraham and Sarah's much-longed-for son and the second Jewish patriarch. Isaac is nearly sacrificed by his father at God's command (Genesis 22). He is married to Rebecca and is the father of Esau and Jacob. His Hebrew name is Yitzchak., our hearts too, are glad that _______ has grown into full childhood, sustained in good health by God’s gift of milk.

Blessed are you, God, ruler of the universe, who has opened my breasts to nurse the fruit of my womb.

Blessed are you, God, ruler of the universe who has enabled parents to rejoice in their children.

We, in love, continue to give sustenance to this child and provide for her physical needs. May we provide also spiritual sustenance through examples of lovingkindness, and through the teaching of the TorahThe Five Books of Moses, and the foundation of all of Jewish life and lore. The Torah is considered the heart and soul of the Jewish people, and study of the Torah is a high mitzvah. The Torah itself a scroll that is hand lettered on parchment, elaborately dressed and decorated, and stored in a decorative ark. It is chanted aloud on Mondays, Thursdays, and Shabbat, according to a yearly cycle. Sometimes "Torah" is used as a colloquial term for Jewish learning and narrative in general. and the traditions of our people. ( A donation of $25, equal to ________ weight, is made to Maon Latinok, a home in IsraelLit. ''the one who struggles with God.'' Israel means many things. It is first used with reference to Jacob, whose name is changed to Israel (Genesis 32:29), the one who struggles with God. Jacob's children, the Jewish people, become B'nai Israel, the children of Israel. The name also refers to the land of Israel and the State of Israel. for the care of infants with Down’s Syndrome.

Blessed are you, God, ruler of the universe, who create the fruit of the vine.

Father feeds baby the challahBraided egg bread eaten on Shabbat and holidays. Reminiscent of bread eaten by Priests in the Temple, of manna in the desert, and sustenance in general. Plural: Hallot symbolize her independence from mother’s milk, and his now equal responsibility for nourishing the child.

Breaking of the glass……MAZELGood fortune, luck, and the Hebrew sign of the Zodiac. TOV!!

Used by permission of the author 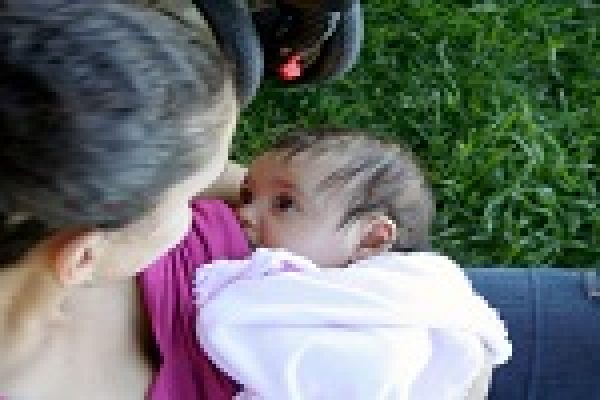