Prayer should be a tunnel 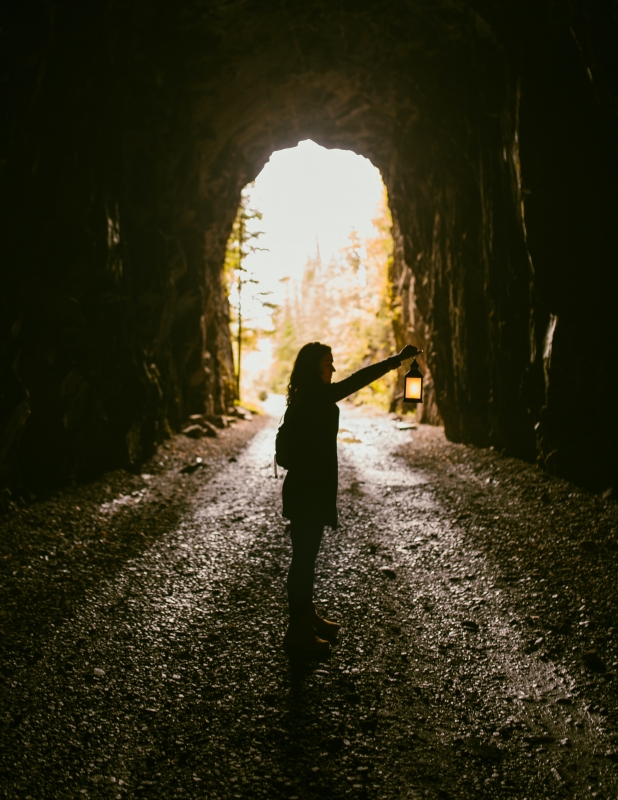 my Hebrew teacher says, and I’m a pigtailed kid again,
descending from a blazing Florida day to the murky depths
of SeaWorld’s Tunnel of Terror: a massive glass

passage through a seawater tank. Sharks glided by,
fins foxed and furrowed as the edges of old treasure maps.
Far above, the inaccessible surface

rippled with a chainmail of light. Prayer should be
a tunnel, she says again, making an O
of her hands and pushing it out before her—my teacher,

also a dancer, uses her body to create structures
in the air. It should take you there, she says. English
is not her first language, but by there, I know

she means God. By tunnel, I think
she means conduit, a direct channel in. A sign
in line had shown a whale teetering atop

one of the tunnel’s glass blocks to demonstrate
its fortitude, to tell me not to be afraid. But I was,
each shark with its hacksaw teeth was clearly meant

for me, and it was only a matter of time before one
gnawed its way through, bringing all the water
rushing in. And what would happen first—

drowning or being devoured? For those, like me, rooted
in terror, a moving sidewalk kept us in motion, easing us
through the eerie underpass, acting

what melody, would let me make with my body
such grand architecture in the air, let me stand
in one place and travel both out and in, let me sink

and not drown, let me wander unafraid
into the open mouth and emerge
unscathed yet changed?