The First Cup: In Honor of The Named and Unnamed Jewish Women of the Past

MidrashA rabbinic method of interpreting text, often through the telling of stories. teaches: “The Jews were redeemed from Egypt on account of the righteous women of that generation.” Who were these righteous women? They are the women of the past, the present, and the future.

Through our kiddushThe prayer recited over wine on Shabbat, holidays, and other joyous occasions. we imbibe the joy of bringing God’s TorahThe Five Books of Moses, and the foundation of all of Jewish life and lore. The Torah is considered the heart and soul of the Jewish people, and study of the Torah is a high mitzvah. The Torah itself a scroll that is hand lettered on parchment, elaborately dressed and decorated, and stored in a decorative ark. It is chanted aloud on Mondays, Thursdays, and Shabbat, according to a yearly cycle. Sometimes "Torah" is used as a colloquial term for Jewish learning and narrative in general. to the world. We can be part of the Divine flow, which encompasses the tears of joy and the tears of pain. We can transform our tears into hesedLit. Kindness It is said in Pirkei Avot (Ethics of the Fathers) that the world stands on three things: Torah (learning), Avodah (worship), and Gemilut Hasidim (acts of kindness)., lovingkindness, as we transform our kiddushThe prayer recited over wine on Shabbat, holidays, and other joyous occasions. wine to holiness. The named and unnamed; all in the image of God.

We lift the cup of wine and say:

Zot Kos Nikvu b’shemotehen ayle Shelo b’shemotehen Nikvu Kos MiriamMiriam is the sister of Miriam and Aaron. As Moses' and Aaron's sister she, according to midrash, prophesies Moses' role and helps secure it by watching over the young baby, seeing to it that Pharaoh's daughter takes him and that the baby is returned to his mother for nursing. During the Israelites' trek through the desert, a magical well given on her behalf travels with the Israelites, providing water, healing, and sustenance. Chayim Chazak, Chazak, V’Nitchazek.

This is the Cup of the Named and Unnamed Jewish Women of the Past, The Cup of Living Waters, Strength, Strength, and may we be strengthened.

From A HaggadahLit. "Telling.” The haggadah is the book used at the seder table on Passover to tell the story of the Exodus, the central commandment of the holiday. It is rich in song, prayer, and legend. There are many different version of the Haggadah produced throughout Jewish history.: A Telling from a Women’s Perspective, Jewish Federation of Portland, 1999. Used with permission of the author. 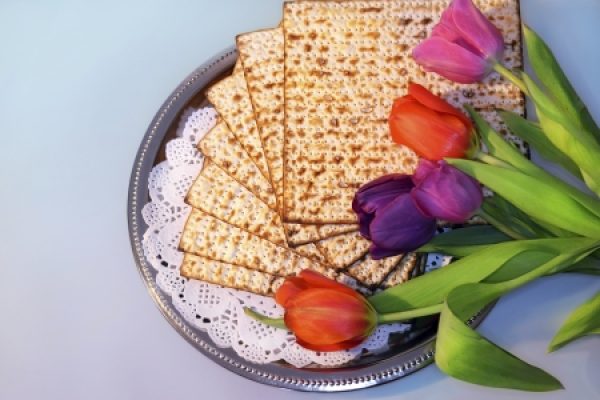