This “Essence” is taken from the Sourcebook for Leaders, written by Rabbi RachelLavan's younger daughter and Jacob's beloved wife second wife (after he is initially tricked into marrying her older sister, Leah). Rachel grieves throughout her life that she is barren while Leah is so fertile. Ultimately, Rachel gives birth to Joseph and dies in childbirth with Benjamin. Rachel is remembered as compassionate (she is said to still weep for her children), and infertile women often invoke Rachel as a kind of intercessor and visit her tomb on the road to Bethlehem. Gartner and Barbara Berley Melits, for Rosh HodeshThe new moon, which marks the beginning of the Jewish month. According to tradition, because women did not participate in the sin of the golden calf, they were given the holiday of Rosh Chodesh. It is customary for women not to work on Rosh Chodesh.: It’s a Girl Thing! This experiential program was created by Kolot: The Center for Jewish Women’s and Gender Studies to strengthen the Jewish identity and self-esteem of adolescent girls through monthly celebrations of the New Moon festival. The program is now available through Moving Traditions.

Av is the fifth month of the Jewish calendar.

Av comes at the same time as the secular months July/August.

The mazalGood fortune, luck, and the Hebrew sign of the Zodiac. (constellation) for Av is Leo, aryeh (lion).

The prophet Isaiah named the Temple “Ariel,” which is related to aryeh. The Temple, like a lion, was majestic and awe-inspiring.

Av commemorates the destruction of the Temple, the end of an era of Jewish life. It is also taught that the Messiah, who will usher in a new era in Jewish life, will be born in Av. In Av our mourning turns to celebration as we move from the sadness of losing the past to the hope of a brighter future. We begin our journey towards the messianic age—a time when the world will be perfect—with small steps towards tikkun olamLit. Repair of the world According to Jewish mysticism, the world is in a broken state. Humanity's job is to join God, as God's partners, in its repair. (repairing the world), just as we begin our Jewish journey by learning the aleph-bet.

Tisha B’Av (the 9th of Av) is a fast day marking the destruction of both Temples—the first by the Babylonians in 586 B.C.E. and the second by the Romans in 70 C.E. We mourn the destructions by sitting on low stools or on the bare floor as we chant Eicha (The Book of Lamentations) and kinot (a series of liturgical poems describing the destruction of the Temples). There is a tradition that the Messiah will be born on Tisha B’Av and thus that out of destruction, redemption is born.

Tu B’Av (the 15th of Av) is referred to in the TalmudThe rabbinic compendium of lore and legend composed between 200 and 500 CE. Study of the Talmud is the focus of rabbinic scholarship. The Talmud has two versions, the main Babylonian version (Bavli) and the smaller Jerusalem version (Yerushalmi). It is written in Rabbinic Hebrew and Aramaic. as a festive day when, “the young women of IsraelLit. ''the one who struggles with God.'' Israel means many things. It is first used with reference to Jacob, whose name is changed to Israel (Genesis 32:29), the one who struggles with God. Jacob's children, the Jewish people, become B'nai Israel, the children of Israel. The name also refers to the land of Israel and the State of Israel. used to dress in white and go out to the fields and the young men would follow after them” (Ta’anit 4:8). The origins and meaning of Tu B’Av customs are unknown. It may have simply been a mid-summer festival filled with dancing and romancing. The full moon arrives on Tu B’Av. Perhaps the moon’s symbolic self-assertion inspired young women to take the lead in romance. Today women and girls can use the occasion of Tu B’Av to celebrate our agency in expressing our own sexuality.

Menachem Av (Av the Comforter). The rabbis named this month Menachem Av because the ShabbatShabbat is the Sabbath day, the Day of Rest, and is observed from Friday night through Saturday night. Is set aside from the rest of the week both in honor of the fact that God rested on the seventh day after creating the world. On Shabbat, many Jews observe prohibitions from various activities designated as work. Shabbat is traditionally observed with festive meals, wine, challah, prayers, the reading and studying of Torah, conjugal relations, family time, and time with friends. after Tisha B’Av begins seven weeks of special haftarot in which prophets offer the mourning Israelites words of consolation. 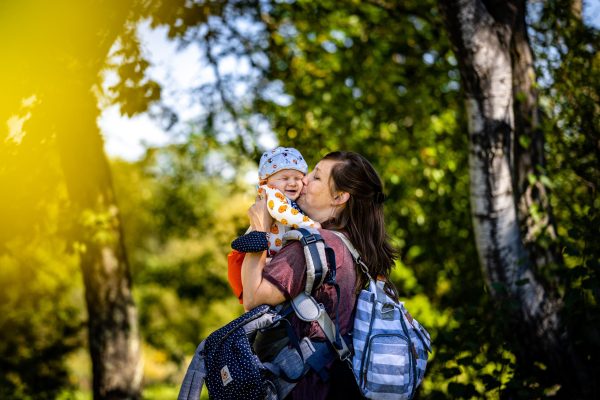 Working Parent Ritual for Beginning and Ending the Work Day