Menu
Home » Blog » The Legacy of My Uncle’s Name

The Legacy of My Uncle’s Name

“Is that your real name?” That is the question I hear most often when first introduced. You might think I’d be offended to be queried about being “a girl with that name?” Or I’d be bothered by the conjecture that my name “must be short for something else.” Never!

All comments are a welcomed invitation to say, “I was named for my Uncle Sidney. His name was Benjamin Sidney. My name is Cyd. Cyd Beth.” I’m a girl with a guy’s name, not short for anything, but rather brimming with the decades of my own life story and the tragically short story of my uncle who was killed at the age of 19 in World War II.

Jewish tradition cautions not to name a baby after someone who has had a short life. Bad mazelGood fortune, luck, and the Hebrew sign of the Zodiac. (luck) might follow. But I am forever grateful that my mother, Rosalie, gave me her brother’s name. By doing so, I developed a superpower.

I can visit the spirit world.

I know that a person doesn’t need to breathe to be alive. I learned this truth from the palpable joy and sorrow accompanying the stories told about my Uncle Sidney. My grandmother, Esther, and my mother proudly talked about him volunteering to serve our country before he was called up. With love they spoke about him becoming a pharmacist mate, explaining in that role he was of the first to land on the island to help tend to the wounded. Grieving, they spoke about him being buried with a cross on his grave in Honolulu because of a bureaucratic error. It took decades before the rightful Star of David was placed on his grave. My grandmother’s eyes, crystal blue, rarely glistened as they should have with pure celebration. The loss of her son was always in sight.

The impact he continued to have on my mother and grandmother, years after the telegram had come to their house saying he was shot in the Battle of Saipan, proved Uncle Sidney was very much still an animating-living presence.

So it shouldn’t be surprising that at a young age, I found I could actually see Uncle Sidney. I could see him in heaven, seated on a bed, flanked by other good souls like his father. His blue eyes, thick blonde hair, and full lips were recognizable because his pictures dotted our house in my early days in the 1960s. And since I shared the same physical characteristics as him, his face was not only vivid to me, but it was also comforting.

As I grew older, my powers increased, going beyond just seeing. I grew to hear Uncle Sidney, too. Letters helped. A cardboard box, now stored in my attic, holds letters my grandmother saved and savored. They reveal his truly thoughtful ability to elevate the needs of another. For example, in one letter, responding to his father’s request for Sidney’s opinion, he says, “Make the business decision that is best for you. The rest of the family will be fine.” Care for others is a theme seen throughout his letters.

My attic also holds objects that help me hear his voice. U.S. Navy pants, sweater, and hat remain in fine shape almost 80 years after he wore them. A shiny wooden heart pin with the word “Mom” engraved that he gave his mother is pristine. And the final artifact of his life: his purple heart rests in a blue velvet box giving voice to his last moments. I hear horrific pain and fear. Disbelief. And maybe, just maybe, I hear hope that all will be whole.

Multiple letters he wrote to Molley, an employee of the Jewish Y in Wilmington who corresponded with all of the local Jewish servicemen, have been preserved. Reading them turns up the volume on his voice.  I can more clearly hear the many dimensions of Uncle Sidney:

My ability to dwell in the spirit world—to see, to hear and to hold what no longer breathes—has served me well. Professionally, I became a religious educator, teaching with conviction that souls live on and are accessible. Personally, it has helped me because my mother died too young—in her early forties. I miss her terribly. I do call on my well-honed abilities to see and hear her.

Jewish tradition holds that after saying the name of a person who has died, we are to say “Zikhrono/a livrakhah,” “May his/her memory be a blessing.”

Uncle Sidney’s life was a blessing. He was a teen who volunteered early to fight for his country; he was sure he would return home safely; he was shot in the stomach ten days after stepping into action; and he was and is loved and mourned by family and friends. I have been truly blessed to carry his name. Yes, it is my real name. I am named for Benjamin Sidney Steelman, Zichrono livrakhah. May his memory be a blessing. 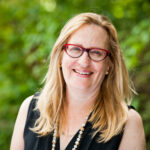 Get the latest from Ritualwell delivered to your inbox.